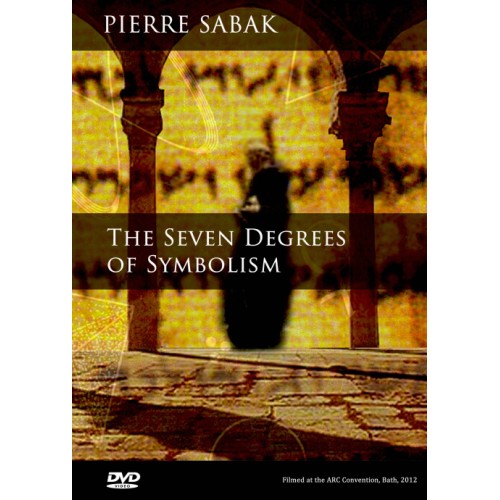 The Seven Degrees of Symbolism DVD

Pierre Sabak has been widely recognized as a leading scholar in the fields of religion, mythology, mysticism and the occult. Recorded in Bath for the Alternative Research Community (ARC), this double disk three hour presentation reveals the Seven Degrees of Symbolism.

Never before has the symbol been so meticulously deconstructed. Pierre Sabak argues in this highly compelling and unique lecture that the symbol is a device of subterfuge, its primary objective to mislead the uninitiated. For the first time, Sabak looks at the real meanings behind hidden symbolism, and charts its inception to angelic beings represented as dragons.

Sabak reveals the hidden mysteries, and argues that the adepts used the symbol as a mechanism of remembrance facilitating the recollection of past lives. Sabak shows how the priesthood communicated with immortal beings, who walk amongst us. The true knowledge of this religious information has been historically subverted, its implications hidden by the elites.

Through years of painstaking research, Sabak has managed to assemble all of the various pieces together, to form a coherent theory of reincarnation, based on occult knowledge. In this talk, he reveals the vehicles of consciousness, critically exploring the subliminal mind and its manipulation by non-human consciousness. Conclusively Sabak shows that the early myths decode an ancient science, the basis of today’s knowledge concealed, through the secret societies.

An explosive DVD, it offers the ultimate insights to gaining mastery over one’s life, to remove the veil of the mysteries, the ultimate victory, the conquest of death.

This is a film you and your family need to watch!